How do speedtraps work and how is the violation proceed? 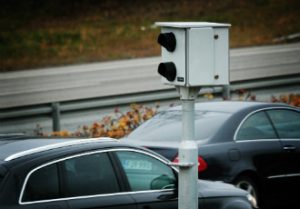 There are a total of some 955 speedtrap boxes on the roads and highways of Finland, but only 120 of them are equipped with cameras at time, according to Trafi, the Finnish Transport Safety Agency. Speed cameras are useful tools to catch the drivers speeding automatically 24 hours a day, 7 days a week. The greatest benefit is that no policeman needs to stand by the road to detect speeding.

The Countries with the Most speedtraps per km² 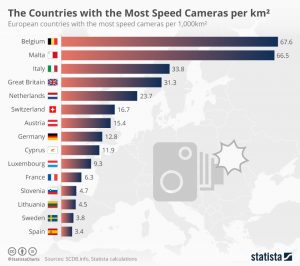 How do speedtrap work?

Speedtrap fixes the speed of all passing vehicles. If the driver exceeds the posted speed limit a digital picture of the vehicle and the driver is taken. The camera can take photos also in the night time. To prevent the flash dazzling the driver a flash with a red filter is use. The red flash is visible to the driver and and also signals that the speeding is fixed.

Although each flash doesn’t automatically mean speeding. To put it differently if you drive within the permitted speed range and you see a flash from the speed camera it may also mean that the camera is turning on and off. This is done three times a day.

What are the speed limits when a violation is proceed?

To point out, in Finland speeding fines are linked to income, with penalties calculated on daily earnings. This means that high earners get hit with bigger penalties for breaking the law.

2 interesting facts: 1) Reima Kuisla, a Finnish businessman, was caught doing 103km/h in an area where the speed limit is 80km/h, authorities turned to his 2013 tax return, the Iltalehti newspaper reports. He earned 6.5m euros that year, so was told to hand over 54,000 euros(!!!)1

So spending can be a costly business for wealthy Finns…

In fact, the speed limits in Finland are higher than in Sweden and Norway and motor roads have a max speed of 120 km/h. In general the common speed limits outside urban areas are 100 km/h. Speeds are often reduced during winter (october-april). 2

What happens after the speed camera has captured you speeding?

As a matter of fact, an automated speed camera in comparison to speed measurements by a police patrol include efficiency. Indeed thanks to the camera, there is no need for a police officer to stop the car after speeding was detected.

When incident of speeding was recorded by an automated speed camera a fine notice is generally signed in a digital format.

The fine must be paid or disputed within 30 days.

What if I get a traffic fine in a rental car?

First of all, it is important to notice the car owner or the company you rented the car from what has happened.  In case you do get a ticket on your hire car, it’s worth paying it swiftly, because you’re likely to pay extra fees if the authorities contact the car hire company about an unpaid ticket. 4

To dispute a fine, contact the traffic authority that issued it. You should find the contact details on the fine notification. 4

Are pets allowed in an Autolevi car?

Pets in a rental car? No worries! You can easily filter cars from our search engine to see all the cars where well-behaved dogs and other pets are allowed. 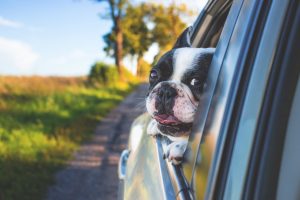 On Autolevi’s platform each car owner can choose on their car profile if four-legged friends are also welcome in their vehicle. Our team loves pets and we’re happy to see more and more cars that don’t mind your dog or cat and sometimes even offer a transportation box for your furry buddy.

Always keep in mind that the safety of your pet in the car is as important as your own. Make sure it is kept securely in the vehicle and has a comfortable ride to your destination. Use a transportation box that is the right size for your pet or attach it with a special seat belt or safety harness.

Treat your Autolevi car as your own, protect the car seats or clean them from pet hair and give back the car in the same condition as you got it.

Finding pet-friendly Autolevi cars is easy thanks to our search engine. Go on the “Search cars” page, choose your area, dates and other preferences and under the “Accesories” tick the “Pets allowed” box.

In the search results you’ll see all the vehicle that respond to your expectations and where pets are allowed. Dogs, cats and different exotic creatures have already travelled in Autolevi’s cars, mini vans and other types of vehicles. Take your pick and have fun travelling!